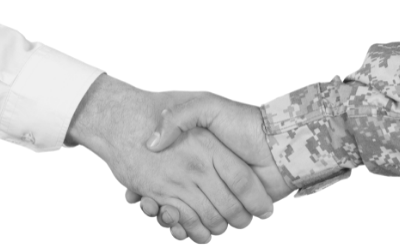 This is part of an ongoing series of profiles on community members and organizations that partner with One Place and our Child Advocacy Center to fight child abuse in the community. This entry focuses on the involvement of area military law enforcement, particularly the Naval Criminal Investigative Service. Coming soon: A look at some of the CAC’s other military-connected partners.

Military law enforcement at Camp Lejeune and other area bases has stood arm in arm with the One Place Child Advocacy Center since the CAC took a lead role in protecting the community’s children more than a decade ago.

One Place leadership and the center’s child advocates say cooperation from the Naval Criminal Investigative Service and base leadership sets a high standard and serves as an inspiration for other law-enforcement agencies in the area.

The base-community collaboration has received praise from both military and civilian leaders as a model of excellence. “We have been used as a shining example of military collaboration many times over the years,” said Kathleen Holbrook, director of the Child Advocacy Center.

The involvement of the NCIS and its agents started before the CAC was even off the ground. In 2010, Holbrook and other center staff participated in a class on child forensic interviewing to prepare for the facility’s launch. The intensive training convened at Coastal Carolina Community College and was led by experts from across the nation.

It included a session in which children from the area were invited in for simulated interviews with class participants. In addition to the expert trainers, two local NCIS agents already trained in the specialized area of interviewing children came to the class to assist. One of those agents, a Marine veteran named Mike Williams, sat in on Holbrook’s session and rated her.

That encounter bloomed into a partnership that has served as a catalyst for the CAC’s development. Holbrook credits Williams and NCIS with supporting the CAC from the beginning, instructing agents to use the center’s specially trained staff instead of conducting their own child interviews. “He has given us ‘street cred’ with other smaller law-enforcement agencies, and he has assisted us with connections to military leaders in our community,” she said.

As an active-duty Marine, Williams was stationed at Camp Lejeune for the first time as a special agent for the Naval Criminal Investigative Service in 2002. He left the Marine Corps in 2005 but stayed with the NCIS as a civilian special agent. After accompanying several overseas deployments and drawing assignments at other military installations, the Arkansas native returned to Jacksonville in 2020 as a supervisory special agent at NCIS’s Carolinas Field Office. He plans to retire in the area.

“Before the doors of the Child Advocacy Center opened, I knew Kathleen when she was with (Onslow County Department of Social Services),” Williams said. He also was familiar with Ann Marie Raymond, now One Place chief advancement officer, who was deeply involved in developing the Child Advocacy Center at what was then called the Onslow County Partnership for Children (now One Place). “When Ann Marie came knocking on my door and told me what was about to happen, that was all it took. I’m sold.”

Williams was familiar with the CAC concept from his time at the Marine Corps air station in Yuma, Ariz. He also toured the national model for a child advocacy center in Huntsville, Ala. “The idea of having a child interviewed, with a medical exam, and law-enforcement there observing, and the whole multidisciplinary team concept—as Ann Marie was telling me—I was like, ‘Yeah. Oh yeah.’”

The special agent quickly became one of the project’s champions. “Once they told me, I went to talk with my bosses and they were on board,” he said. “NCIS has enjoyed a great partnership with One Place.”

The supervisory special agent for the Carolinas Field Office around the time that the CAC was founded in August 2010 was Joe Kennedy, now retired. “He was incredibly supportive of the Child Advocacy Center,” Holbrook said. “Joe willingly relinquished the interviewing of child victims by his forensically trained personnel to our trained CAC staff.”

Kennedy felt that because forensic interviews were part of the daily routine at the CAC, staff would be more attuned to the child victims’ needs and better able to gather information, Holbrook said. There also were financial and logistical reasons for a small NCIS office stretched thin on resources. “Ultimately, it saved time for his personnel,” she said.

Since opening its doors in 2010 through June 30 of this year, One Place’s Child Advocacy Center has helped evaluate 2,754 total cases. Of that number, 9 percent (252) were cases referred by NCIS. In the latest full fiscal year (2020-21), the NCIS referred 20 cases involving children; the highest number of referrals in one year was 48, recorded in fiscal year 2014-15.

Two current leaders in civilian law enforcement played key roles in connecting the military with the resources of the Child Advocacy Center. Onslow County Sheriff Hans Miller and Jacksonville Police Chief Mike Yaniero both saw benefits to the whole county if law enforcement from military and civilian sectors found ways to work together.

Before becoming sheriff in 2014, Miller held military police positions while on active duty with the Marine Corps, including provost marshal at Marine Corps Air Station New River. Familiar with both military and civilian aspects of life in Onslow County and experienced in investigating child sex crimes for both state and federal agencies, Miller became an important advisor in the formation of the Onslow County Partnership for Children and the later development of the Child Advocacy Center.

Yaniero serves as Jacksonville’s director of public safety and in a volunteer capacity as chair of the One Place board of directors. “Chief Yaniero was instrumental in building our relationship with NCIS,” Holbrook said.

Involvement with the CAC provides the military with the same benefits to the investigative process that civilian agencies receive; specifically, medical exams and the forensic interviews are conducted by staff members with skill sets that are focused on children. There also is value in the interviewer having limited knowledge about a case so information can be explored independently. “That third person adds a neutrality to the interview,” Yaniero said.

Due to the repetitive and transient nature of many child sex assaults, having all law-enforcement agencies in the county, including the military, working through the CAC provides an extra level of protection of children. “Having the military is helpful because somebody could be sexually assaulted here in town and live on the base, or vice versa,” Yaniero said.

The civilian connection also plays a more important role if the sex offense or other abuse proves to be child-on-child because the military justice system is not designed to deal with juvenile offenders, only service members.

The One Place Child Advocacy Center is all about the welfare of children and is working to continue expanding its role by adding on-site mental-health services to child victims. Advocates and law enforcement agree: Improving the process of investigating assaults on children and responding with justice for the perpetrators and proper treatment for the victims not only protects the child and the community now, but potentially protects and improves lives for years to come.

Click here for more information on the One Place Child Advocacy Center.

Click here to support the work of One Place and the Child Advocacy Center. 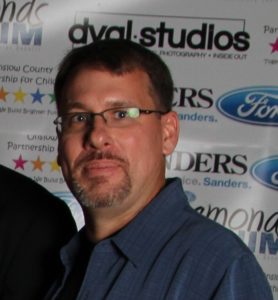 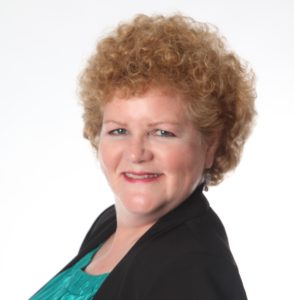